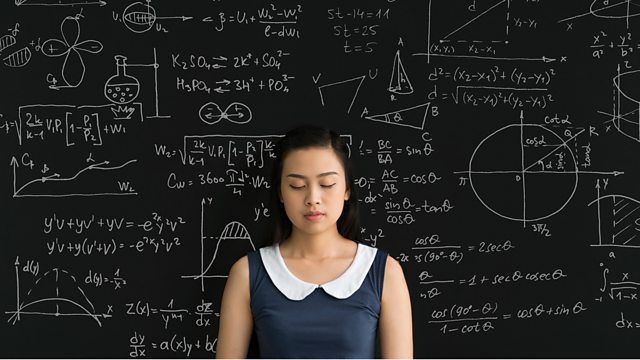 Is maths a human construct to help us make sense of reality - a tool, a model, a language? Or is maths reality itself?

Faced with one cake and eight hungry people, it’s pretty obvious how maths underpins reality. But as mathematics gets further from common sense and into seemingly abstract territory, nature still seems to obey its rules - whether in the orbit of a planet, the number of petals on a flower, or the structure of an atom.

But what exactly is the relationship between mathematics and reality? That’s the impossibly difficult question CrowdScience has been set this week by our listener Sergio in Peru. It’s one that’s been pondered by humans for millennia: the Greek philosopher Pythagoras believed “All is number”.

Is maths a human construct to help us make sense of reality - a tool, a model, a language? Does maths create its own reality? Or is it reality itself?

(Photo: A young woman with her eyes closed standing in front of chalkboard, working out maths formulas. Credit: Getty Images)

Will my salmon swim home?