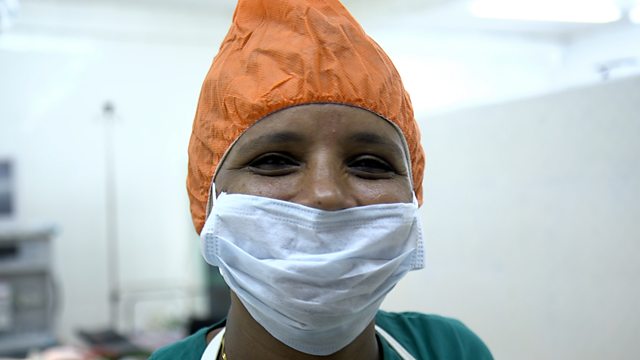 Life-saving surgery, but not by a doctor

Nurses and midwives in Ethiopia are being trained to perform emergency operations, saving thousands of lives.

More than five billion people around the world don’t have access to safe, affordable surgical care. It has been a big problem in Ethiopia where most specialist doctors are concentrated in the cities, contributing to high rates of maternal mortality.

In 2009 the Ethiopian government began training Integrated Emergency Surgical Officers. Health workers, such as nurses and midwives, are taught to perform emergency operations in remote, rural clinics where there are no surgeons. It was the first programme of its kind and is seen as a model for other developing countries.

More than 800 surgical officers have now completed the three-year Masters programme and are performing hundreds of caesareans and other emergency procedures each year.

People Fixing The World follows one of them, Seida Guadu, as she operates to try to save the lives of a mother and her unborn child.