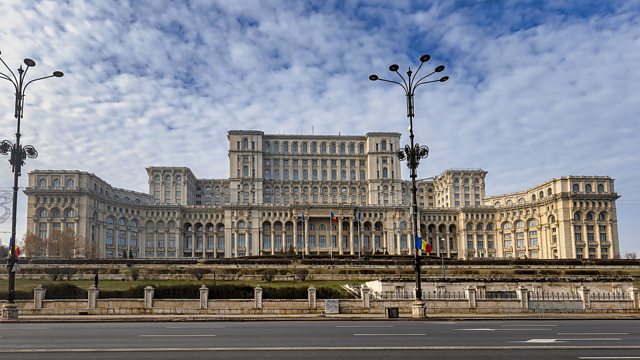 This December, Romanians mark 30 years since the 1989 Revolution which saw the fall of the Communist regime. Three decades on, Romania has prospered in many ways - incomes have risen and new technology and auto-making sectors fuel one of the EU’s fastest-growing economies - however development continues to be hampered by corruption and unstable governments.

World Questions comes to Bucharest at an exciting time in the country’s history to discuss the issues that matter to Romanian people – how to end corruption and rural poverty, how to improve education levels, and how to stem the flow of young people leaving the country for better lives abroad.

Anita Anand and a panel of leading politicians and opinion makers debate questions raised by an audience at the ASE University in Bucharest. The panel will include:

(Photo: The Palace of the Parliament seen from Constitution Square in Bucharest, Credit: Laszlo Szirtesi/Getty Images)