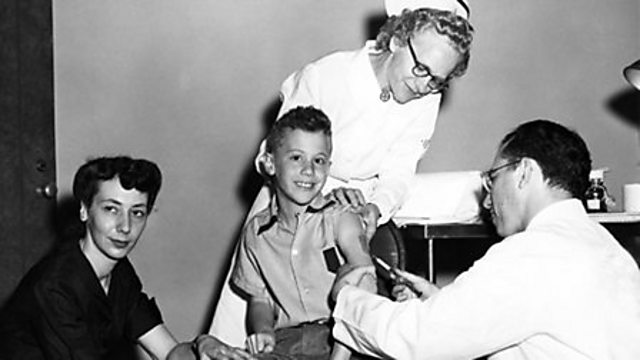 In 1955, scientists in the US led by Dr Jonas Salk develop an effective vaccine against polio.

In 1955 scientists in the US led by Dr Jonas Salk announced they had developed an effective vaccine against polio. The poliomyelitis virus had caused paralysis and death particularly amongst children since time immemorial. Louise Hidalgo spoke to Dr Salk's son Peter, who was one of the first children to be vaccinated by his father, and to a nurse who worked on the polio vaccination programme.