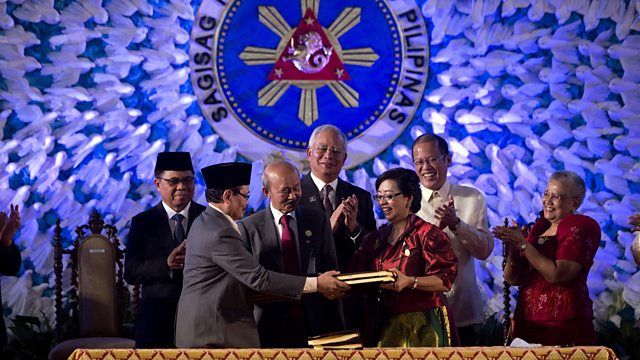 The woman who negotiated peace with a rebel group

The Filippino government peace negotiator who agreed a deal with Muslim rebels fighting an insurgency in the southern Mindanao region.

In January 2014 after decades of violent struggle, a peace deal was agreed in the Philippines between a Muslim separatist organisation and the government. The deal granted largely Muslim areas of the southern Mindanao region greater autonomy in exchange for an end to armed rebellion. Farhana Haider has been speaking to the government's chief negotiator Miriam Coronel-Ferrer about the difficulties posed by being a woman negotiating with a Muslim rebel group.

The story of George Stinney Jr