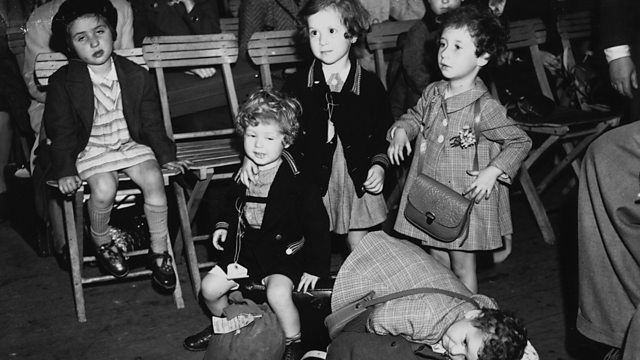 The Kindertransport children who fled the Nazis

Dame Stephanie Shirley was one of thousands of unaccompanied German children sent by their parents to safety in the UK after the Nazis' rise to power.

In the months leading up to outbreak of World War Two in September 1939, some 10,000 unaccompanied children were sent by their parents out of Germany and Austria, to safety in the UK. Many of them never saw their families again. Dame Stephanie Shirley was just five years old when she and her older sister were put on a train by their mother in Vienna. She has been telling Mike Lanchin about arriving in a foreign land as a little girl.