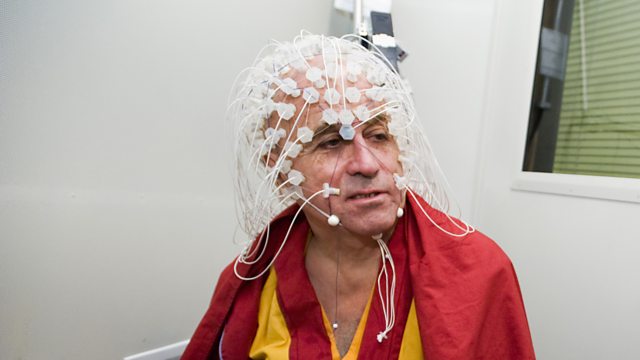 How meditation changes your brain

In 2002, a landmark study on Buddhist monks showed that meditation can alter the brain.

In 2002, scientists in the US began performing a landmark series of experiments on Buddhist monks from around the world. The studies showed that the brains of experienced meditators alter, allowing them to focus better and manage their emotions. Alejandra Martins talks to Professor Richard Davidson of the Center for Healthy Minds at the University of Wisconsin-Madison.

PHOTO: A monk taking part in the experiment (Center for Healthy Minds).