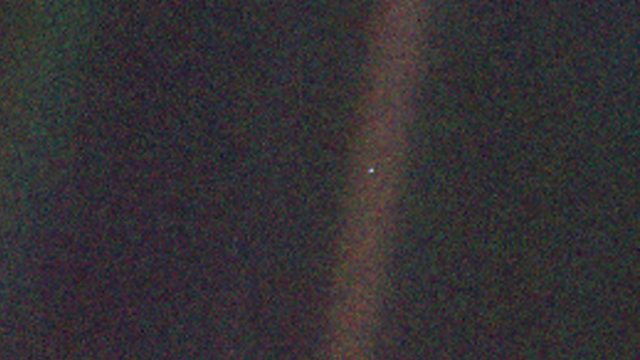 How the Voyager space probe captured a famous image of Earth as it left the Solar System in 1990.

In February 1990, the Nasa space probe Voyager took a famous photo of Earth as it left the Solar System. Seen from six billion kilometres away, our planet appears as a mere dot lit up by the Sun, and the image is credited with giving humanity a sense of our small place in the Universe. Darryll Morris speaks to Nasa planetary scientist, Candice Hansen, who worked on the Voyager programme. The programme is a Made-In-Manchester Production.

Photo: The Earth seen as a pale blue dot in a band of sunlight (Nasa)

The Rules: A dating handbook

How meditation changes your brain