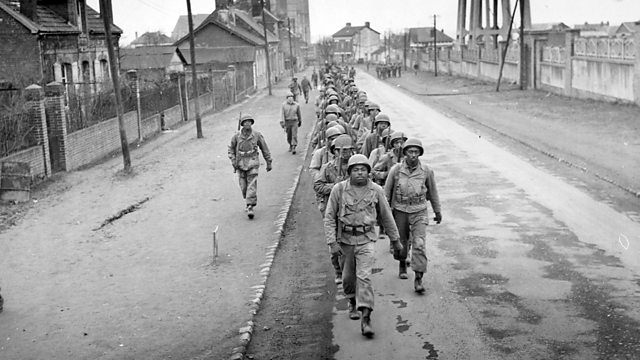 How soldiers who had been relegated to support roles were asked to volunteer for combat.

For much of World War Two African-American soldiers were relegated to support roles and kept away from the fighting. But after the Allies suffered huge losses during the Battle of the Bulge, they were called on to volunteer for combat. Janet Ball has been speaking Reverend Matthew Southall Brown who saw action in Europe towards the end of the war. He fought in the US Army's 9th Division, 60th Regiment, Company E.

Photograph:Volunteer combat soldiers from the 9th Division prepare for shipment to front lines in Germany. Credit: US Government Archives.

The attack on India's parliament

Women and the Sabarimala temple