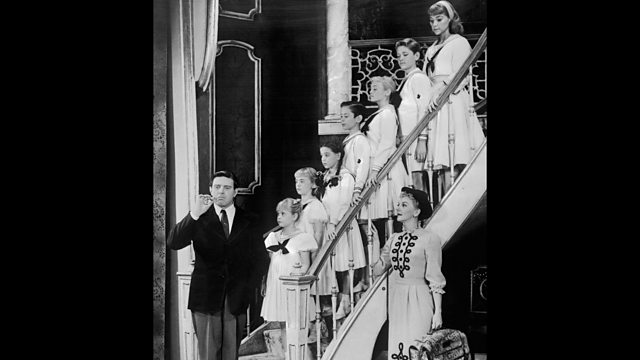 The Sound of Music on Broadway

The Rodgers and Hammerstein musical was first performed on stage in 1959, several years before it became a movie.

The Rodgers and Hammerstein musical was first performed on stage in New York in 1959, several years before it was made into a film. Vincent Dowd has been speaking to two people with connections to the original Broadway production. Tim Crouse is the son of Russel Crouse who wrote the book for "The Sound of Music". Lauri Peters played the eldest daughter of the von Trapp family on stage.

Photo: The original Broadway cast of "The Sound of Music" in 1959. Lauri Peters is at the top of the stairs. Credit: Bettmann/Getty Images

Being black in Nazi Germany