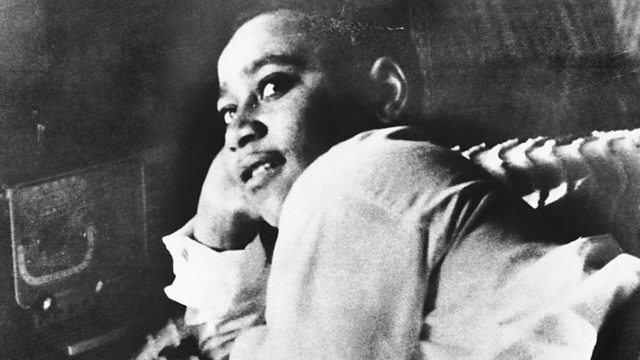 The murder of black teenager Emmett Till

How the lynching of an African-American teenager in Mississippi in August 1955 galvanised the civil rights movement in the US.

Emmett Till was an African-American teenager from Chicago who was brutally murdered in Mississippi in America's deep south in August 1955. His lynching was one of the key events that energized the American civil rights movement. An all-white jury acquitted the two white suspects. Emmett Till's mother insisted on an open casket funeral to let everyone see how her son had been brutally killed. Farhana Haider has been listening through interviews with some of Emmett's family to tell the story of the young boy who became an icon in the struggle against racism in America.

Photo: Emmett Till lying on his bed. Chicago US, 1955 (Credit: Getty Images)