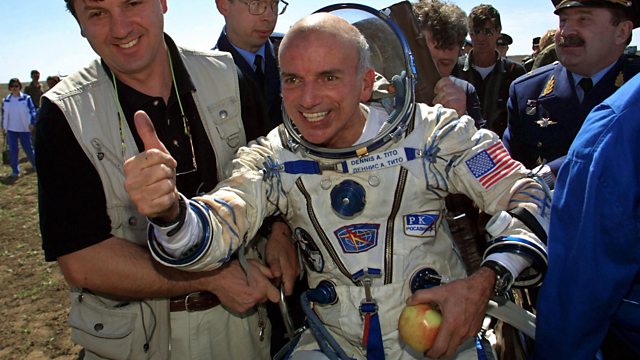 In April 2001 an American multi-millionaire paid Russia's space agency to send him to the International Space Station. He spent eight days in space.

In April 2001 an American multi-millionaire paid Russia's space agency millions of dollars to blast him into space. He spent time on the International Space Station and returned to earth after eight days in space. Dennis Tito, who was 60 years old at the time of his space flight, spoke to Louise Hidalgo in 2011 about his experiences. (This is a rebroadcast)

The first play on Broadway written by a black woman