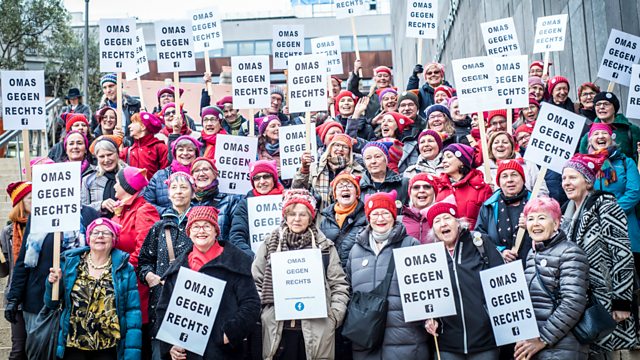 The grannies against the far-right

Their lives were shaped by Nazi rule, but now they’re determined not to let history repeat itself. We meet the grannies challenging the far-right.

They were just children when Adolf Hitler's rule came to an end, but they will never forget the horrors the Nazis inflicted on their families.

A group of Austrian grandmothers is determined not to let younger generations forget about the dangers of far-right ideologies. As right-wing populism spreads across Europe, they feel their warnings are now more pressing than ever.

"Omas Gegen Rechts" (or "Grannies Against the Right") started as a small Facebook group and has rapidly grown into a protest movement with branches in Austria, Germany, and Italy.

The grannies say they want to prevent history from repeating itself. But others have accused them of scaremongering and of using the past to undermine right-wing politicians.

Is their alarm justified? And can they succeed in containing the populist tide?

(Photo: members of "Grannies Against the Right". Credit: Christopher Glanzl)