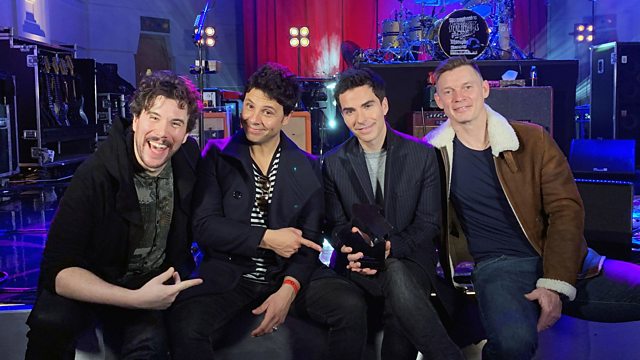 Stereophonics have reached the Number One position in the album chart six times. This week they are looking to top the chart again with their latest album which was recorded in just 11 days. Lead singer Kelly Jones tells Top of the Pops all about it.

We also catch up with singer-songwriter James Blunt. His debut album released back in 2004 is one of the Top 10 best selling albums of the century so far. He is now back with his sixth album.

There is music from the latest albums by Kanye West and Rex Orange County, plus new hit songs from A J Tracey and Selena Gomez.

And will Tones And I can extend their run at the top of the UK singles chart with their global hit Dance Monkey?