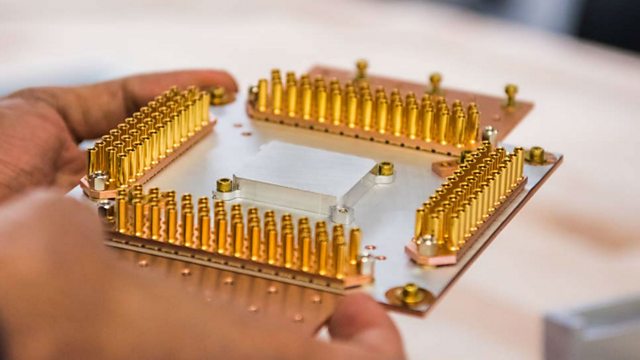 Has a new era of computing finally arrived or not, or is it both at the same time?

A quantum computer has performed a calculation considered impossible for conventional computers, but how meaningful is the result? As our guest reveals, this quantum state can be hugely significant and garbage – at the same time.

Also we look at a new method of gene editing, which avoids cutting up DNA, get to grips with where the worlds worms live and watch elements being created in distant solar collisions.

Listeners Michael and Ricky have been walking a tributary of the River Thames in London, UK. They’ve noticed that there are loads of fish, which have only returned in recent years thanks to clean water initiatives. But what about salmon, they wonder? Could they one day return too? If they popped some salmon eggs in the river, would they return to spawn later on in their lives?

We head to Norway to find out whether it’s possible. There, we follow the life cycle of salmon, from birth to death and travels to the salmon’s spawning grounds, before following their path out to sea and beyond. We explore the science behind ‘natal homing’ - returning to the place of your birth in order to reproduce. It isn’t just confined to salmon. But how does it work?

Wildfires and winds in California