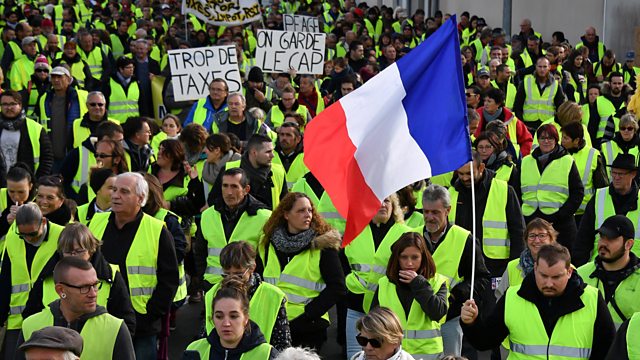 Why is there a backlash against climate policies?

A year on from the “gilets jaunes” protests, are environmental policies that seek to tackle climate change in trouble?

A year ago more than a quarter of a million people took to the streets across France, in what became known as the “gilets jaunes” protests. They began as a reaction to an increase in fuel tax - a tax which was supposed to help the environment, but which the protesters said meant they could no longer afford to drive their cars or get to work.

These were the first high profile demonstrations against policies designed to tackle climate change, but they put a spotlight on a sense of unrest that has spread far beyond France.

So if it is widely accepted that climate change is a real threat, why is there a backlash against climate policies?

What can we do about the world’s mental health problem?

Can we protect our elections from social media manipulators?