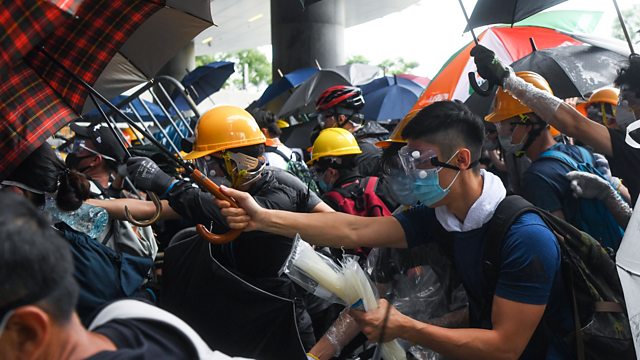 Will China crack down on Hong Kong?

Last month Hong Kong witnessed its largest ever protests, the most violent in decades. A proposed law to allow extradition of criminals to mainland China caused uproar. This bill exposed the cracks in relations between Hong Kong and the Beijing government. The current ‘one country, two systems’ arrangement gives the region some autonomy from Beijing. Pro-democracy protesters worry that this is being eroded as the Communist party is trying to bring it further under its influence. Complicating matters is Hong Kong’s significant but shrinking economic importance to China.

With this year being the 30th anniversary of the Tiananmen square massacre the international community is nervously watching to see how modern China will respond to the civil disobedience on such a large scale.

What kind of Prime Minister would Boris Johnson make?

Can you reduce Central American migration?