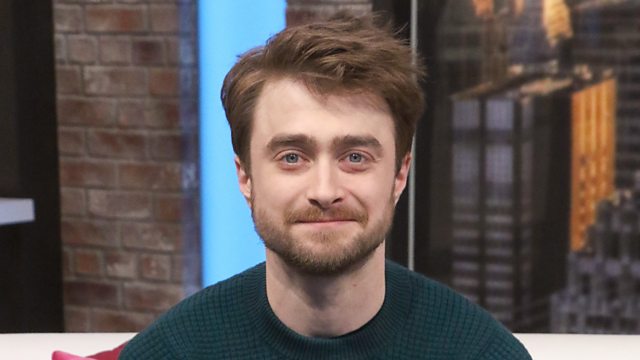 The best global arts coverage from across the BBC.

This week on The Arts Hour, actor Daniel Radcliffe reminisces about playing boy wizard Harry Potter, the stars of the creepy new thriller Vivarium, Jesse Eisenberg and Imogen Poots, on science fiction inspired by social issues and American author Kiley Reid discusses her debut novel Such A Fun Age.
British actor and rapper Riz Ahmed’s on his "break-up" album The Long Goodbye, Alabama Shakes front woman Brittany Howard on the female vocalists who’ve most excited her and Australian filmmaker Kelly Walker talks about her debut feature, My Fiona, and the portrayal of gay characters on screen.
Joining Nikki to discuss this week's cultural highlights, and talk about her book on female desire in cinema, She Found it at the Movies, is film critic and author Christina Newland.