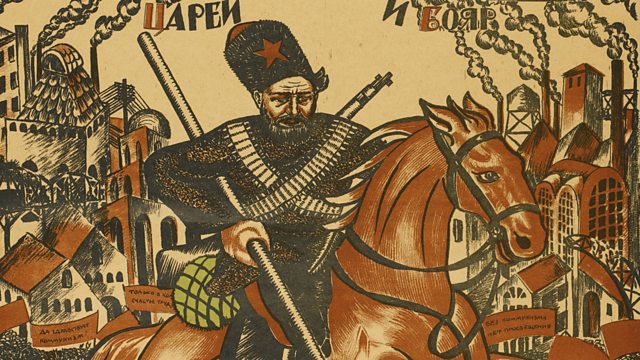 The Russian civil war: How the Soviets rose to power

How the bitter Russian civil war that followed the 1917 October Revolution shaped the new Soviet state.

The Russian Civil war was a struggle for power at every level – from the villages to the imperial centre, with more than 11 foreign powers involved as well as nationalists, from Ukraine, Poland and the Baltic states, fighting for independence. This conflict, which took place a hundred years ago, between a small group of revolutionaries known as the Bolsheviks and their enemies was one of the most brutal and tragic periods in Russian history, but it was also to shape the new Soviet state that was founded in 1922, and still characterises Russia today.

But why did events of the Russian Civil war end up crushing hopes for democracy after the idealism of the October revolution? And how did a small extremist group like the Bolsheviks manage to take control, despite resistance - not just from the upper and middle classes- but also from peasants and workers? Joining Bridget Kendall to explore these themes further is Laura Engelstein, Professor Emerita of Russian history and author of “Russia in Flames”; Steve Smith, Professor of History at Oxford University who wrote “Russia in Revolution”, and Dr Katya Rogatchevskaia, lead curator of the Russian and East European collections at the British Library in London.

The Scythians: Masters of the steppe