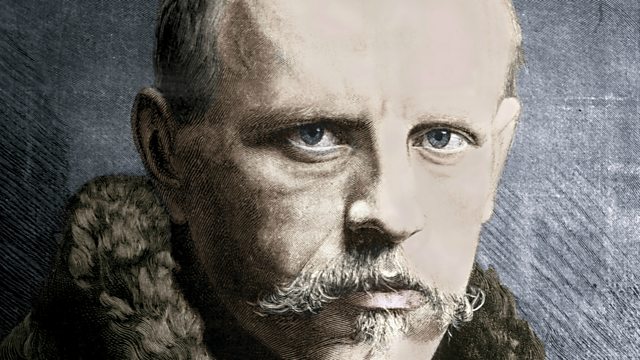 The polar adventures of a remarkable man whose humanitarian work saved thousands of lives and earned him the Nobel Peace Prize.

Mention famous polar explorers to most people and they will probably come up with the names Scott and Amundsen. But really there should be another name before these, Fridtjof Nansen, a man who can be viewed as a true pioneer of intrepid, indeed death-defying expeditions to the freezing, bleak extremities of the world. He ventured closer than anyone else before him towards the North Pole but this Norwegian national hero was so much more than a character from a boys-own adventure annual. He was a scientist, an early oceanographer, a top class skier, a bestselling author, a diplomat, a humanitarian who spearheaded the repatriation of nearly half a million starving First World War prisoners, a tireless fundraiser for famine relief, the man who gave thousands of stateless people passports and a Nobel Peace prize winner.

The Russian civil war: How the Soviets rose to power