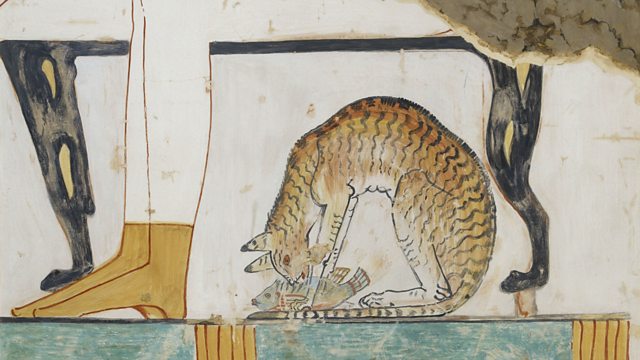 The Cat: In from the wild

Domesticated cats are thought to have started living alongside humans more than 9000 years ago. Since then, they have been worshipped, vilified and revered by various societies.

Domesticated cats are thought to have started living alongside humans more than 9000 years ago. Unlike dogs, it's believed cats domesticated themselves, entering the homes of early arable farmers in the Fertile Crescent to control the rodent population. Since then, they've been worshipped, vilified and revered by various societies around the world. Today, they are one of the world's most popular pets, living on every continent except Antarctica and a favourite on the internet, and yet, they will never have that image of loyalty that is associated with dogs.

Rajan Datar welcomes three experts in science, culture and archaeology to discuss the history of the domesticated cat: Katharine Rogers - a Professor Emerita of English Literature from City University of New York and author of numerous books including 'Cat' and 'The Cat and the Human Imagination'; Eva-Maria Geigl - an Evolutionary geneticist at the French National Research Institute CNRS; and John Bradshaw - an anthrozoologist from Bristol University, UK, and author of the book 'Cat Sense'.