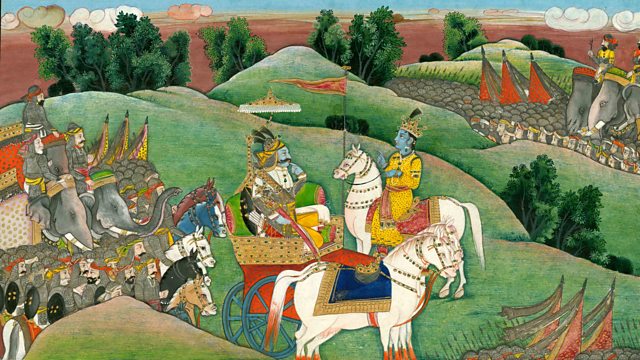 The Bhagavad Gita: A guide to spiritual wisdom

The Bhagavad Gita didn't start life as an exclusively religious text but over the two thousand years since it was composed the verses have taken on many different layers of meaning. For millions of Hindus today, the Gita has a similar scriptural status to the Quran for Muslims or the Bible for Christians. In the 20th century, others have seen the Gita as a guide to management strategy, a tool for self-help and even a call to arms for Indian independence in the face of British colonial rule.

The story begins on a battlefield with the warrior Prince Arjuna suffering a breakdown. As warring families line up on opposing sides, Arjuna appeals to his charioteer Krishna for help in overcoming this existential crisis. In the 700 verses which follow, Krishna presents his friend with three options: the paths of action, knowledge and devotion.

James Watt: The power of steam