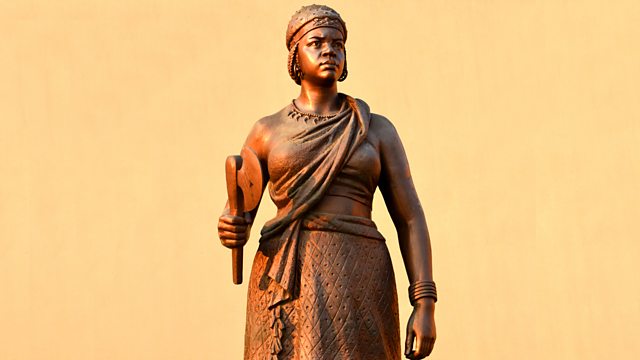 The woman who led Angola's resistance to early European colonialism.

The 17th Century Queen Njinga was among the most successful of Africa's rulers in resisting European colonialism: she defied no fewer than 13 different Portuguese governors of modern-day Angola and ruled the kingdoms of Ndongo and Matamba for over three decades. She was no ordinary person, the warrior Queen. She was a fearless fighter, a military strategist, often ruthless, a shrewd diplomat and an inspirational leader in a period of huge turmoil, shifting alliances and conflict. Her name still resonates throughout the region and she stands as a symbol of the continent's fight against oppression.
Rajan Datar is joined by professor Linda Heywood, author of the first comprehensive biography of Njinga in English, professor Roquinaldo Ferreira whose many publications include studies of the frequent social and cultural exchanges between Brazil and central Africa; and one of the leading experts on west African economic history Dr Toby Green.

Inside the mind of Leonardo da Vinci