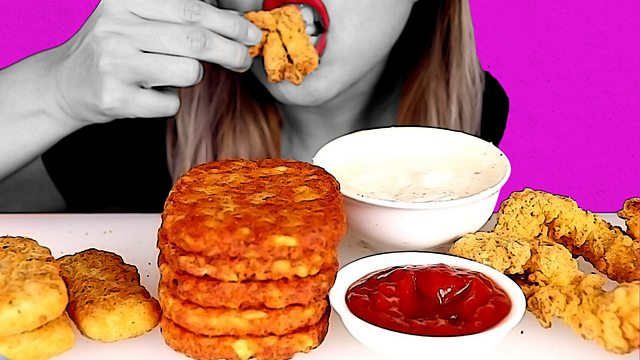 The mystery of mukbang

What's the fascination with watching total strangers eat plate after plate of junk food? Is it a grotesque and irresponsible spectacle, or could it be a way to tackle loneliness, and even help some deal with their own food issues? Graihagh Jackson finds out what's fuelling the internet craze 'mukbang' and asks what it says about our attitudes to food and each other.

An avid mukbang watcher explains how it gives her emotional and social connections she's lacking in her offline life, and also helps her resist the urge to eat foods she shouldn't. Performer Moxie Beast describes how she amplifies the sounds of her crunching and chewing to soothe her viewers, and how she tries to stay healthy while doing it.

In South Korea, where mukbang started, we hear how mukbang is helping to forge digital communities at a time when many, especially the young, are living alone. Plus, a clinical psychiatrist talks us through his latest research into the links between mukbang and eating disorders.

The end of the road for street food?

How not to run a brewery