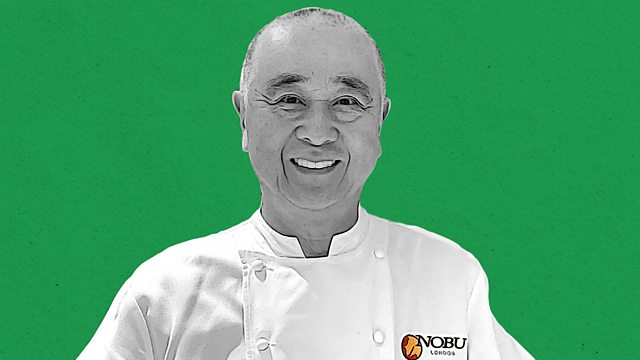 Nobuyuki Matsuhisa has more than 40 restaurants spread across six continents, many of them frequented by some of the world’s top celebrities. His business partner and friend is Hollywood star Robert De Niro, and he’s even been in a handful of movies himself.

Nobu, as he's known, is one of the most famous chefs in the world, but his early life and career were marked by tragedy and disaster – his father died in a motorcycle accident when he was eight, and one of his first restaurants burnt to the ground just weeks after opening, leaving him broke and contemplating suicide.

But the sushi master eventually plucked up the courage to give the restaurant business one last shot, and his eponymous restaurant in Beverley Hills, California, was a huge success. He tells Graihagh Jackson the story of his life through five of his most memorable dishes, from the miso soup whose aroma would wake him most mornings as a child, to the dish that caught the attention of Robert De Niro and eventually catapulted him to global fame.

Why is wheat making people sick?

Why are people putting chemicals in our food?