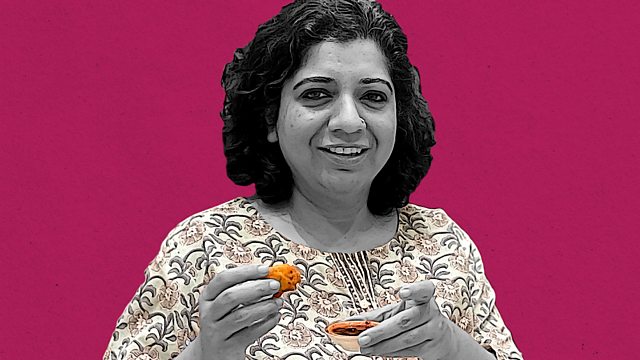 When Asma Khan was born it was said her mother cried, but not tears of joy. As a second daughter born in 1960s India, Asma felt she was a disappointment, even a burden, because she could not inherit and would cost her family a fortune in dowries. But she went on to defy those low expectations and open one of London’s most sought-after restaurants.

Asma tells us how she could barely boil an egg when she first got married and moved to England, about the intense loneliness she felt so far from home, and how the smell of paratha convinced her that the only way to recover was to learn how to cook.

The Darjeeling Express founder describes the restaurant’s humble beginnings as a supper club in her London flat, why it has always had an all-female kitchen, and her plans to use food to empower female refugees and prostitutes.

(Picture: Asma Khan with a pakora and chutney. Credit: BBC)