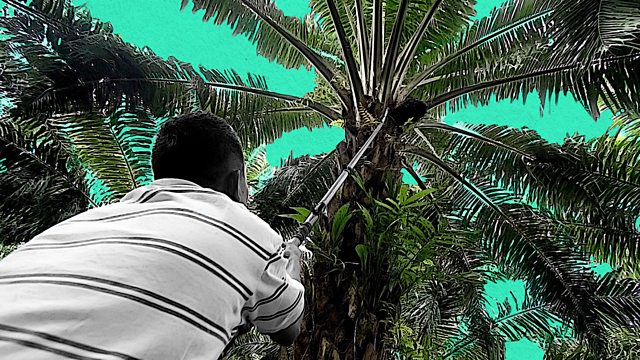 Can palm oil be sustainable?

Borneo's bold plan to clean up a controversial industry

It’s the world’s most consumed vegetable oil, used for everything from frying food to making it last longer – but can palm oil be produced in a way that doesn't wreak enormous environmental and human damage?

In conjunction with another BBC World Service programme, Crowd Science, we visit the Sabah region of Malaysian Borneo, where different groups are working together to change the way palm oil is produced.

Presenter Graihagh Jackson hears about a certification system aimed at raising standards on smallholders, reducing the industry’s impact on biodiversity, and boosting incomes. And she speaks to an organisation fighting for the rights of indigenous communities against land-hungry palm oil companies.

Plus, what can consumers do to affect change in the industry? We hear how it's sometimes difficult to know whether products contain sustainable palm oil or not.

For more on the steps being taken to lessen palm oil's environmental impact listen to Crowd Science: Should I stop eating palm oil?