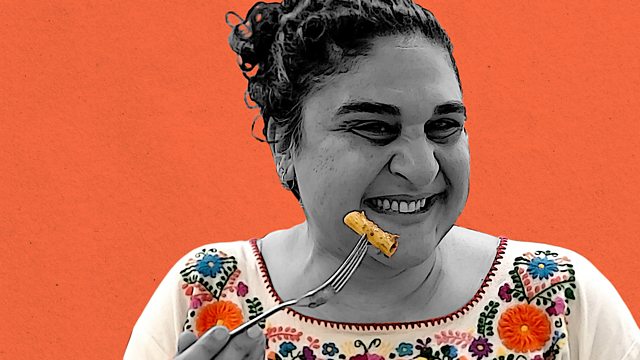 The award-winning star of Netflix series 'Salt, Fat, Acid Heat' and author of the best-selling cookbook of the same name tells us about her life through five of her most memorable dishes.

The Iranian-American writer and cook has enjoyed a meteoric rise to fame in the last few years, but has struggled to come to terms with that success and says she still feels like an impostor and outsider.

She very nearly took a completely different career path - she tells Emily Thomas that her dream was always to be a poet until a magical experience at a fine-dining restaurant changed everything.

Even now, though, she doesn't aspire to run a restaurant or establish a culinary empire - she doesn't like the person she becomes when put in charge of a team of chefs.

This episode was recorded at The Cookery School at Little Portland Street.

Finding a food champion: The finalists