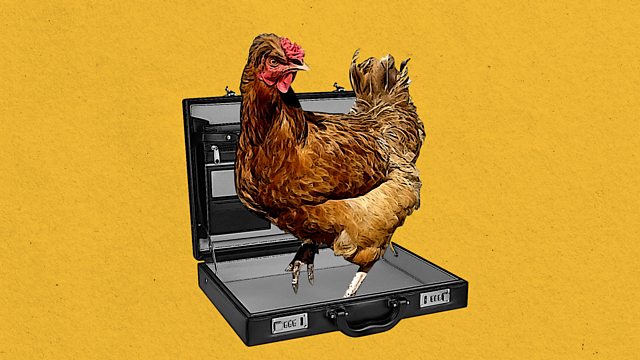 At heart, the organic movement is driven by ethics, not market-forces. It started out as a reaction to large-scale industrial agriculture, with an anti-establishment vibe which abhorred mass produced, processed food. But, as demand for organic products has grown, big business has moved in, and now accounts for an increasing amount of the market.

Big Food has money and clout. It can support farmers to transition to organic, and throw its weight behind marketing the virtues of organic methods and food. But whilst its products might be organic on paper, has it truly embraced the spirit of the movement, and does that matter?

Emily Thomas talks to three organic farmers who are uneasy about 'Big Organic', and General Mills, one of the largest food producers in the US.

(Image: Composite image of a chicken standing in a suitcase. Credit: Getty)

Food on the streets: London and Los Angeles