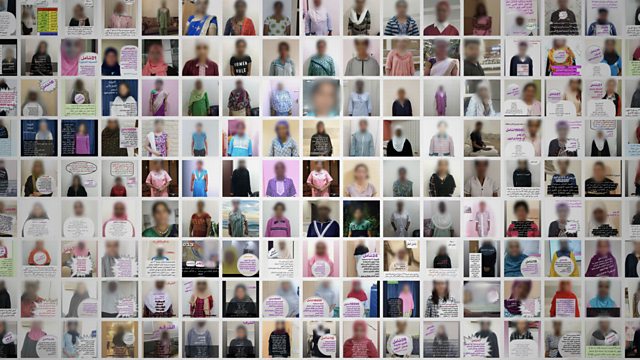 BBC Arabic meets some of the domestic maids being illegally traded on commodity apps in Kuwait, including a 16 year old girl from Guinea.

Keeping the kids out of trouble
BBC Africa’s Raissa Ioussouf joined a group of African diaspora women living in Paris on "mum patrol", a night-time patrol to keep their young people out of trouble.

The changing sound of Kabul
Many Afghans in Kabul are complaining about rising noise levels. One of the main causes is the shift to loudspeakers by the city’s street-sellers, rather than their own voices. Zala Sahar of BBC Pashto has been trying to make herself heard.

A tale of two protests: Chile and Lebanon

The peace corridor of Kartarpur