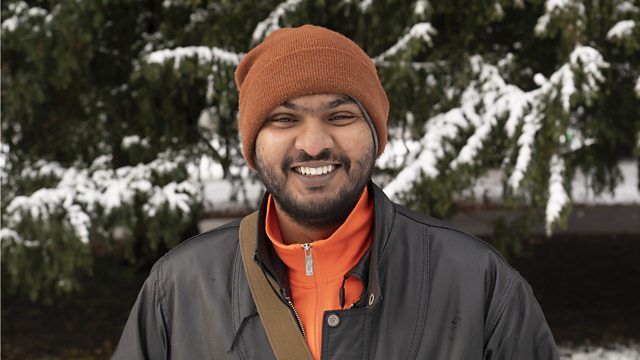 Where are you going? - Cardiff

One question reveals hidden truths about the lives of strangers around the world.

Cardiff in early February is freezing cold but the people have a warm welcome. Catherine Carr meets two young men on their way to work, fresh from recording their comedy podcast – it’s a small act of political resistance. She meets some young carers too who have been at The Welsh Assembly petitioning the government for change.

In Bute Park, she shares a moment of wonder as someone experiences snow for the first time and there is joy and laughter from a couple who describe how they met in a three-legged race. But disquiet about Brexit surfaces too from a Frenchman who has made Wales his home and does not know if he can stay.

(Photo: A man who has recently moved to Cardiff, sees snow for the first time in his life in Bute Park, Cardiff. Credit: Paul Jay)

Where Are You Going? - Glasgow

Where are you going? - Belfast