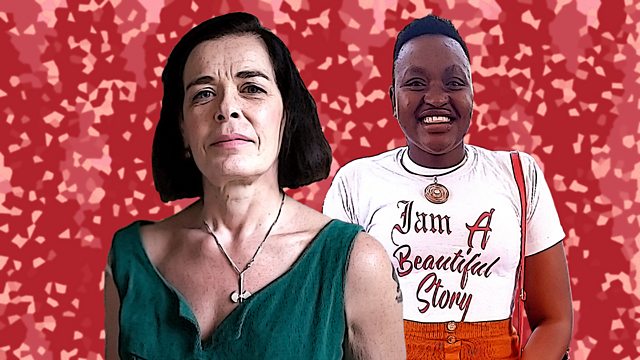 Two HIV advocates explain why it's no longer a death sentence.

Two HIV positive women from Kenya and Italy talk to Kim Chakanetsa about how they overcame stigma to live well with the disease.

Doreen Moraa Moracha was born to a HIV discordant couple (positive mother, negative father) and is the only one of her siblings that has the virus. As a young woman she found her status very hard to deal with, and spent some time off her anti-retrovirals. Now 27 and back on her life-saving medication, she has undetectable levels of the disease. Doreen wants to spread the message that HIV is not a death sentence, saying 'I'm just a fabulous host to a tiny virus.'

Silvia Petretti is the CEO of Positively UK, which supports and celebrates people living with HIV. Originally from Rome, when Silvia got her own diagnosis more than 20 years ago, she felt broken and tainted. 'Internalised stigma crushed me and was reinforced by the stigma and ignorance in main stream society. But through meeting others living with HIV and becoming an activist I found a form of therapy and healing. I now believe and feel that I am whole and strong and worthy of love and respect, regardless of any circumstance.'

How motherhood changed me as a film-maker