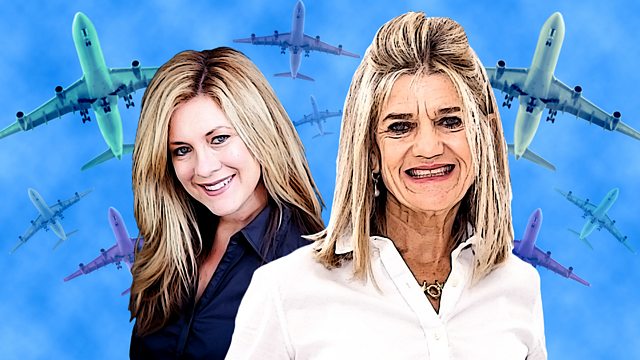 What's it like to be a woman in the airline industry? Flying has undergone great changes in the past few decades, but Kim Chakanetsa asks how far perceptions of female cabin crew have really changed?

Heather Poole has worked for a major US airline for 20 years. She's also the author of the bestselling book, 'Cruising Attitude: Tales of Crashpads, Crew Drama and Crazy Passengers at 30,000 Feet.' Through social media and blogging she has exposed what's really going on in the minds of cabin crew.

Gretchen Ryan started working for South African Airways in 1983 and has just published a book about her experiences called 'Secrets of a Stewardess: Flying the World in the 1980s.' She describes a mad decade of travel during a time when flying was a luxury and to be an air hostess was seen by many as a glamourous life.