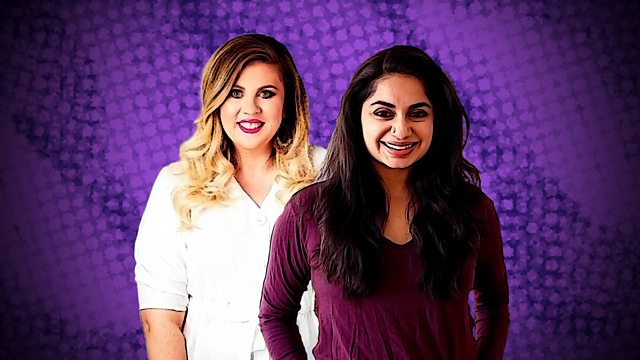 Two women who vlog and blog about their families online.

What happens when you share your family life online with millions of other mothers? And what responsibilities does it come with? An Indian blogger and British vlogger who both focus on motherhood discuss with Krupa Padhy.

Louise Pentland is a parenting vlogger who was recently named as Britain's top 'mumfluencer' by Mother & Baby magazine. Her YouTube channel has more than 2.4 million subscribers who watch her sharing her life with her two daughters Darcy, eight, and Pearl, one. She says no-one tells new mothers how lonely it can be, and while not shying away from the worst bits, her main aim is to bring positivity to her audience. Louise is also a successful fiction writer and her new novel is called Wilde About the Girl.

Shweta Ganesh Kumar is the founder of the blog The Times of Amma – amma being the term for mother in several South Asian languages. It has been listed amongst the top ten Indian mom blogs to follow on multiple parenting sites, as has Shweta's Instagram account. Shweta started blogging to connect with other mothers, particularly ex-pat ones like herself. Her message is simple - it's OK to not be perfect. Shweta is a writer too, and her books include The Beginner’s Guide to the Indian Mom Blogging Universe.

The beauty of ageing

See all clips from Mums: Online and influential (2)