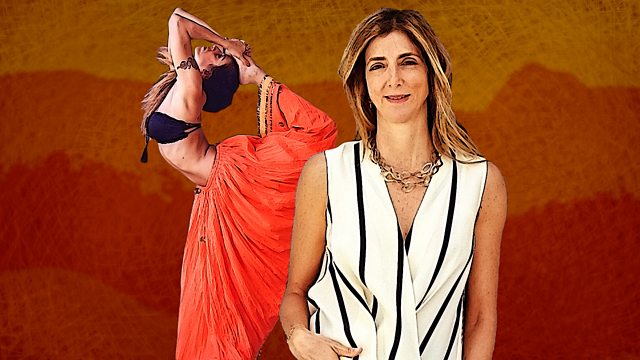 Why are so many women drawn to yoga? And, as it's become commodified in the West, has it lost its soul? Kim Chakanetsa discusses the billion-dollar yoga business with two women who used the power of yoga to transform their own lives.

Deepika Mehta turned to yoga after a climbing accident left her struggling to walk. She found hope in yoga teachings, and eventually used the practice to help overcome her injuries. Today she is one of the most successful and sought after Ashtanga yoga teachers in India. Based in Mumbai, Deepika has travelled all over the world to teach and further her own yoga studies.

Rima Rabbath grew up in Lebanon during the civil war, learning to live in the moment to escape the shelling. Eventually she would find a home in the practices and teachings of yoga. She had embarked on a successful corporate career when she attended her first yoga class in New York City. She has since become one of the leading teachers of Jivamukti yoga in Manhattan.

Produced by Jo Impey for the BBC World Service

Is tidying a feminist issue?

See all clips from Yoga women (2)