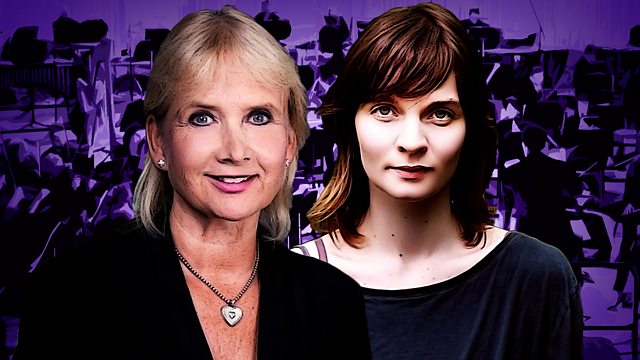 How to break the 'celluloid ceiling' in the movie industry, a term used to describe the under-representation of women in Hollywood? The numbers are particularly shocking when it comes to film soundtracks. In 2018, 94% of the music in Hollywood's highest grossing films was composed by men, according to the Center for the Study of Women in Television and Film at San Diego State University. Nelufar Hedayat asks two successful female composers why the numbers are so low and what can be done to close the gap?

Hildur Guðnadóttir is an Icelandic composer, cellist and singer who is at the forefront of experimental pop music. She has composed a number of film scores, including Sicario: Day of the Soldado and the 2019 Joker film, starring Joaquin Phoenix, both of which have been described as 'macho' big budget features. She says she got in through the back door, because of the particular experimental style she has developed, and was surprised by the response she got when she arrived in Hollywood.

Lolita Ritmanis is an Emmy Award-winning American composer, who is best known for the memorable themes she’s created for iconic superheroes, including for the animated series, Justice League. Lolita is the co-founder of the Alliance for Women Film Composers, which aims to increase the visibility of female composers in the film industry.