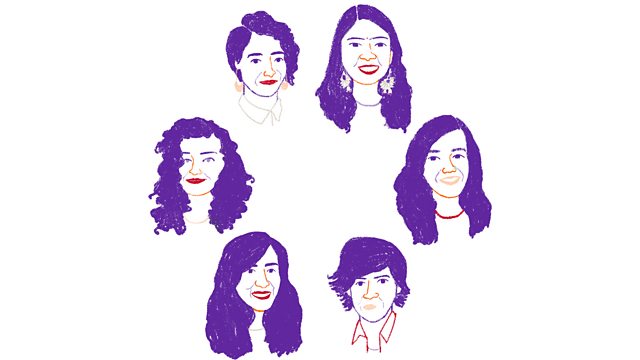 Following the work of a team of female Indian artists, illustrators, and zine-makers as they put together their first anthology.

Kadak is a collective of women artists, illustrators, and zine-makers from India, all working in the field of graphic storytelling.

In Hindi, Kadak is a word which means strong and sharp, like Indian tea. The collective was established in 2016 to address the lack of women and people of colour at international comic festivals. Members are spread out across the world, particularly India, the USA and the UK.

The collective’s work is personal, political and outspokenly feminist. They’ve exhibited at comic festivals from St Louis (Missouri), to Chicago, London, Switzerland, and the UAE, and collaborated with the British Council to create a travelling library of their work. For the Goethe Institute’s Gender Bender festival in Bangalore, the Kadak collective created a series of works about breasts.

We follow them as they create their first anthology, which will be both a printed book and collection of digital narratives on the web. It’s their biggest project to date and the pressures are enormous - inviting more than 50 South Asian artists from 13 different countries to produce graphic narratives on the theme of the bystander. This connects to themes of being an outsider, unsafe public and private spaces, experiences of being in a minority because of religion, caste, and class, patriarchy in families and reflections on sexuality, tribe, ethnicity, nationality, race relationships, systematic displacement,violence, mental health and disability.

Kadak’s editorial team have an enormous task on their hands, racing to put the anthology together while also taking an active role in the recent political events and protests unfolding right across India.

(Photo: Sketches of members of the Kadak collective, courtesy of Shreyas R Krishnan)