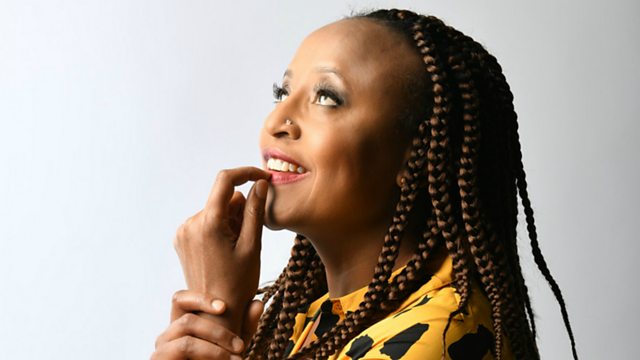 Why Njambi McGrath is sharing her family story through stand-up comedy.

From the villages of rural Kenya to starring on some of British comedy’s biggest stages. The comedian Njambi McGrath tells Tina how when she takes to the stage she is not just telling her own story but the story of a family and a country devastated by the impact of colonialism.

Has a song, a film or a book ever changed the way you see the world? The American stand-up and actor Rob Delaney on how reading the work of graphic novelist Phoebe Gloeckner was a turning point in his life.

Indian comic and YouTube sensation Kanan Gill, tells Tina about his latest comedy show, Yours Sincerely – which reflects on him trying to live up to the dreams of his youth.

She’s been called the voice of a new generation in Germany and can make you laugh in English, German and Farsi. Enissa Amani reveals her comedy secrets to the Cultural Frontline.