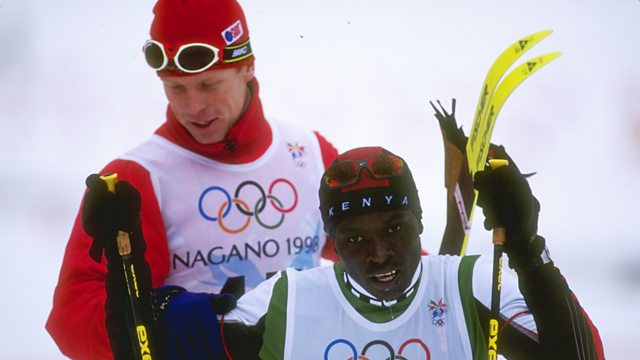 In 1998, a farmer called Philip Boit competed in the gruelling cross-country skiing event.

In 1998, a Kenyan farmer called Philip Boit became one of the first Africans to compete in the Winter Olympics. In the 10-kilometre cross-country skiing final he faced the legendary Norwegian, Bjorn Daehlie. It was a race that would unite the two athletes and inspire future Winter Olympians across Africa. This programme was first broadcast in 2014.