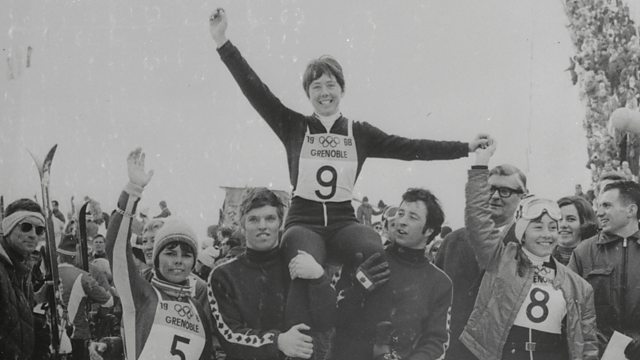 How the Canadian became a national hero after winning Olympic gold in 1968.

In February 1968, the Canadian skier Nancy Greene pulled off a flawless performance at the Winter Olympic Games, winning the Giant Slalom by a record-breaking margin of 2.6 seconds. Greene was nicknamed “Tiger” because of her attacking style, and the commanding victory made her one of the most popular Canadian sportswomen of all time. Nancy Greene talks to Freddy Chick.

(Photo: Nancy Greene is cheered by her Canadian team-mates in 1968. Credit: Getty Images)