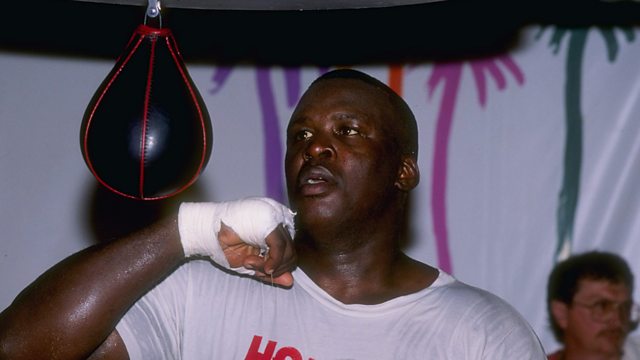 In 1990, outsider James "Buster" Douglas beat the previously undefeated Mike Tyson to take the world heavyweight crown. It was one of the biggest shocks in boxing history.

In February 1990, a little-known fighter called James “Buster” Douglas pulled off arguably the biggest shock in boxing history by beating the previously undefeated Mike Tyson to take the world heavyweight title. The fight was expected to be such a foregone conclusion that only one casino agreed to take bets on a "Buster Douglas win, but the outsider battered “Iron Mike” again and again with his jab and eventually knocked him down. Buster Douglas talks to Ned Carter Miles. The programme is a Just Radio Production.