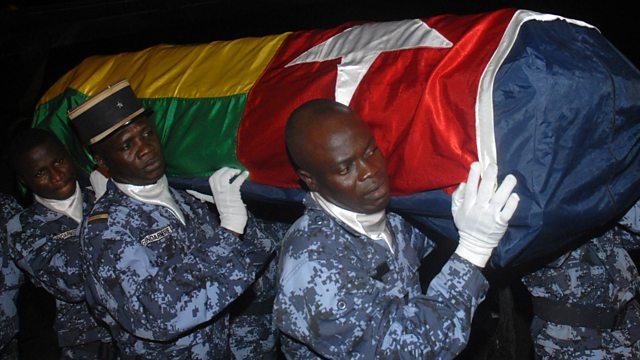 In January 2010, Angolan rebels opened fire on the team buses of the Togolese football team as they travelled to the Africa Cup of Nations.

In January 2010, a guerrilla group in Angola opened fire on the buses carrying the Togo football team as they travelled to the Africa Cup of Nations tournament. The machine-gun fire lasted 30 minutes and killed two members of the Togolese delegation. Ashley Byrne talks to Elitsa Kodjo Lanou, the Togo team’s technical director about a day that changed football in Africa. The programme is a Made-In-Manchester Production.

PHOTO: Togolese soldiers carrying the coffin of a victim of the attack (AFP/Getty Images).