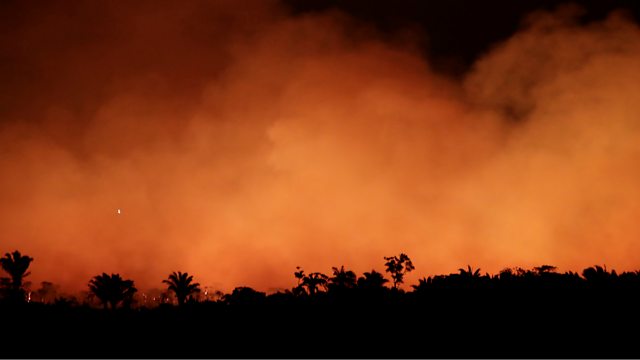 Is it going to be a particularly bad burning season for Brazil’s rainforest? Also, Greenland’s top geologist gives his valuation of his native island for prospective purchasers.

As fires across the amazon basin continue to burn, we speak to the researchers watching from space and from the ground.

Also, new pictures back from the surface of asteroid Ryugu thanks to Germany’s MASCOT lander, part of the Japanese Hyabusa2 mission, give insights into the clay from which the solar system was originally formed, and Greenland’s top geologist gives his valuation of his native island for prospective purchasers.