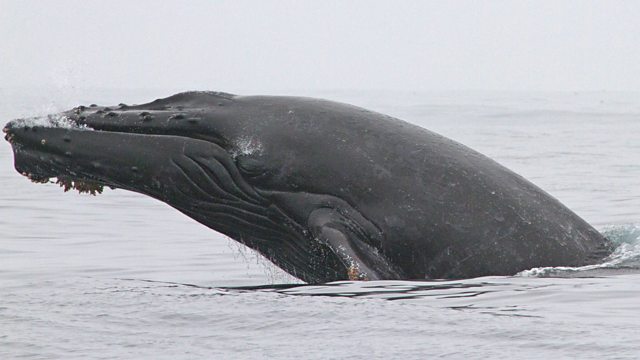 Finding the whale that nearly killed me

Filmmaker Tom Mustill and his friend Charlotte Kinloch were nearly crushed by a whale out at sea. Tom grew obsessed with the incident and decided to track down that same whale.

Filmmaker Tom Mustill and his friend Charlotte Kinloch were on holiday in California when they were nearly killed by a whale out at sea. Tom couldn’t stop thinking about the incident, and decided to embark on an epic odyssey to find that same whale again. He made a documentary about his experience called Humpback Whales: A Detective Story. Tom and Charlotte spoke to Outlook’s Emily Webb.

Over the past 30 years Omar Khan has collected around 15,000 vintage postcards, mainly featuring photos from South Asia. Many evoke memories of his childhood – his grandmother’s house in Lahore, or crossing the Khyber Pass for sports lessons in Afghanistan. Omar has written a book telling the story of some of his postcards. It's called Paper Jewels: Postcards from the Raj. He spoke to Outlook’s Deiniol Buxton.

The inside story of a Muslim drag queen