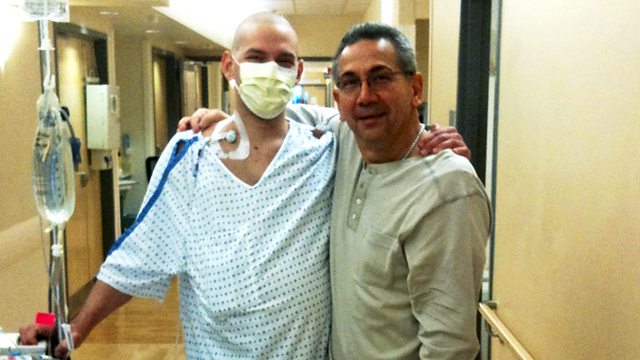 Curing my own deadly disease

When Dr David Fajgenbaum became desperately ill with a very rare condition called Castleman disease, he used himself as a test case to try to find a cure.

When he was a medical student in the US, David Fajgenbaum was nicknamed “the beast” – he trained hard and dreamed of playing college football. But then he developed a very rare condition called Castleman disease. His organs were shutting down and he was critically ill. Very few people had survived the illness, so David decided to use himself as a test case and dedicate what life he had left to finding a cure. He tells Jo Fidgen his incredible story. His book is called Chasing My Cure.

Alhaji Siraj Bah from Sierra Leone in West Africa is only 20 years old and yet he has achieved a great deal. He's become an entrepreneur and environmentalist and makes attractive biodegradable paper bags using banana fibre to provide a real alternative to plastic. Alhaji has seen at first hand the devastation in his country caused by mudslides - made much worse by deforestation and plastic rubbish blocking the drains. He was spurred into action after his best friend's entire family died in mudslides in the capital Freetown.