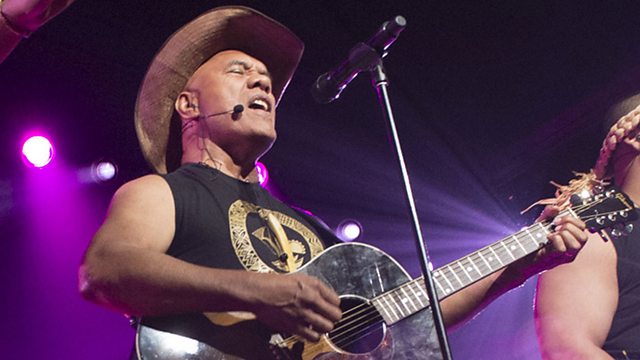 Voyage from the Pacific Islands to Hollywood

Opetaia Foa'i grew up in Samoa surrounded by the island's rhythms, sounds and songs. But, surviving wasn't easy and his family moved to the city of Auckland in New Zealand. As he grew up in this new environment he began to look into his roots and started to make music about his voyager ancestors. It caught the eye of producers at Walt Disney Animation Studios who wanted him to write the music for their upcoming movie Moana about a Pacific Island teenager trying to save her community. Opetaia Foa'i made sure the smash hit movie stayed true to Pacific culture - writing the soundtrack's lyrics in Samoan and Tokelauan.

Patricio Galvez is a Chilean musician who has lived in Sweden for the last 30 years. In 2014 his daughter Amanda travelled to Syria with her children and joined the Islamic State group. When she was killed earlier this year he battled governments, crossed borders and entered a war zone to try and rescue her seven young children.

The heart of a heart surgeon