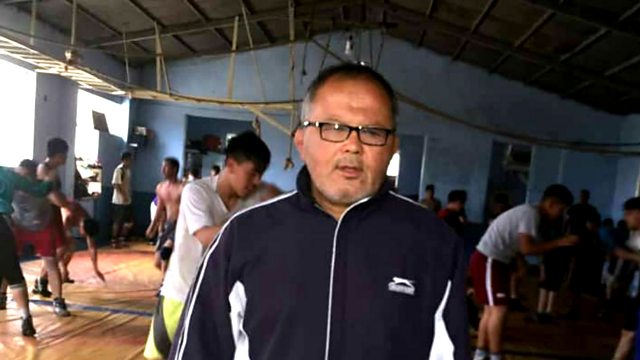 The wrestlers of the Maiwand club in Kabul and their head coach Teacher Abbas are back training after a terror attack on their gym in 2018.

The wrestlers of the Maiwand club in Kabul and their head coach are back training after a terror attack on their gym in September 2018. When a suicide bomber approached the gym, Coach Ghulam Abbas slammed the door in his face, stopping him from entering. While 26 people were tragically killed, it could have been many more if it weren’t for Teacher Abbas, as he’s affectionately known.

Dr Petra Hüppi and composer Andreas Vollenweider have spent the past 5 years playing music to premature babies to see how it affects their brains with fascinating results.

Ginger Sprouse and Victor Hubbard from Texas in the United States say they have changed each other’s lives, but their friendship had very unlikely beginnings. Ginger would see a homeless Victor as she drove to and from home, sometimes taking an alternative route to avoid how guilty she felt driving past him. They tell Outlook’s Ryan Katz how it came to be that Victor ended up spending Christmas with her family.

Engineer Anand Malligavad is a lake enthusiast trying to bring India’s dried up lakes back to life. His plan is to regenerate 45 lakes in the Bangalore area. He has already been making progress, as he tells Outlook’s Chhavi Sachdev as they took a lakeside walk.

How did this diver cheat death?

From homeless child to top firefighter