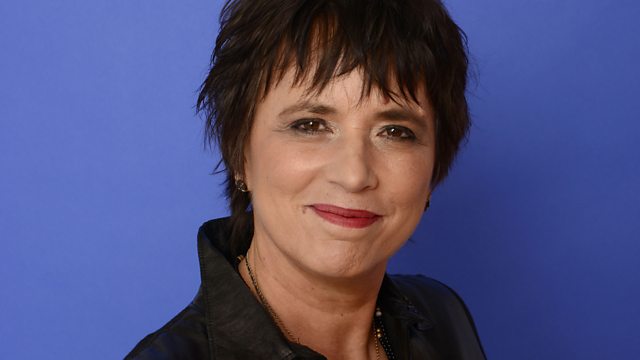 Why I wrote an apology to myself

Eve Ensler, author of The Vagina Monologues, never received an apology from her abusive father, so she decided to write one for him.

American playwright Eve Ensler is best known for writing the international sensation The Vagina Monologues, a ground-breaking celebration of women's bodies. The play, which has been performed in more than 140 countries, has broken taboos and brought audiences to laughter and to tears around the world. Eve’s latest work is equally shocking – but in a very different way. It's a book written as a letter addressed to Eve by her father, in which he apologises for the way he abused her throughout her childhood. Eve told Outlook’s Jo Fidgen how writing the book helped her come to terms with the trauma.

Latvian piano builder, David Klavins, has built the world's tallest piano. The piano is so tall that anyone who wishes to play it has to climb a staircase in order to reach it.

Leah Chase, a legendary chef of the civil rights era passed away this week. Leah cooked for Martin Luther King and the Freedom Riders - black and white activists who protested against segregation in the American South. More recently, she made her famous Chicken Gumbo soup for President Barak Obama and singer, Ray Charles. Leah was 96. Three years ago, she told Outlook her story.

Zhanna and Alex Stalarov run a bird sanctuary in Belarus. When they took home an injured rook from the Mink Zoo six years ago they had no idea that they'd soon be caring for nearly 80 injured birds. Our reporter Tatsiana Yanutsevich went to meet them.

My children were injected with HIV