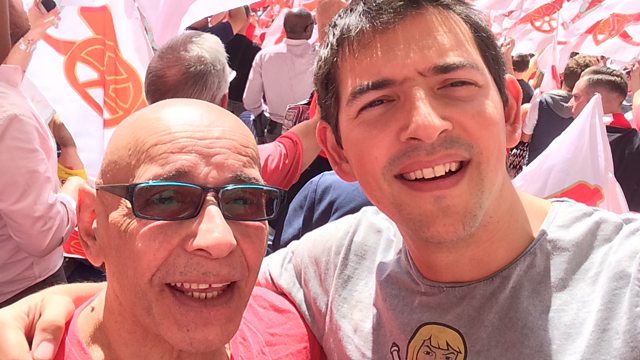 My dad the unlikely meth dealer

After James Lubbock's parents split, his dad Richard came out. In his 50s, he started clubbing and using drugs. Within a few years, he was one of Britain's biggest meth dealers.

Growing up, James Lubbock knew his dad Richard as a clean-living family man. He was ‘solid, principled’, James says, and sold antique coins for a living. He loved jazz and opera. Then in his 50s Richard announced to the family that he was gay and things started to change. He shaved his head, changed his wardrobe, and went clubbing. He then started taking hard drugs. It was a complete transformation from the father James knew, and drug-taking turned into drug-dealing: Richard would go on to become one of Britain's biggest dealers of crystal meth. Father and son join Emily Webb to tell their story.

In southern Brazil there lives a parrot named after one of horror's scariest villains. And Freddy Krueger - the green Amazonian parrot - has seen just as much drama as his namesake. Three years ago, Freddy was injured in a shootout between his gangster owners and the police. He was rescued by a zoo in Cascavel, southern Brazil, where the facial scarring from that incident earned him his new name. We meet vet Ilair Dettoni, who cares for Freddy at the zoo, and even has a special greeting for the parrot that he uses each morning. He's been by Freddy's side since his rescue.

The failed escape and the ‘stolen’ son

The man who stole the president's secrets