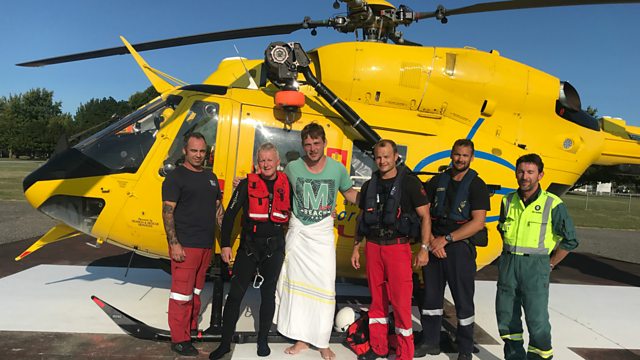 How my jeans saved my life

German sailor Arne Murke was knocked into the ocean by his boat's boom. The water was rough and he didn't have a life vest. Then Arne remembered a trick he'd seen on television.

Earlier this year, German sailor Arne Murke was knocked into the ocean by his boat's boom. The water was rough and he didn't have a life vest. His twin Helge watched on helplessly as his brother floated further away. But Arne was wearing jeans and remembered a trick he had seen on television. The knowledge and trousers saved his life.

Nalini Nadkarni is a tree canopy scientist, which means she spends her time dangling off branches secured by mountain climbing equipment. One place she works is the Monteverde cloud forest in Costa Rica, which is swathed in mist and low hanging clouds. Another place she works is in prisons, where she brings conservation and sustainability projects to inmates. In one of these projects, inmates helped rear endangered frogs. But Nalini's career nearly came crashing to an end when she fell from a tree. She tells Jo Fidgen how she recovered and returned to climbing trees.

Image: Arne Murke with the team that rescued him at Tolaga Bay
Credit: Helge Murke

The song that helped me grieve